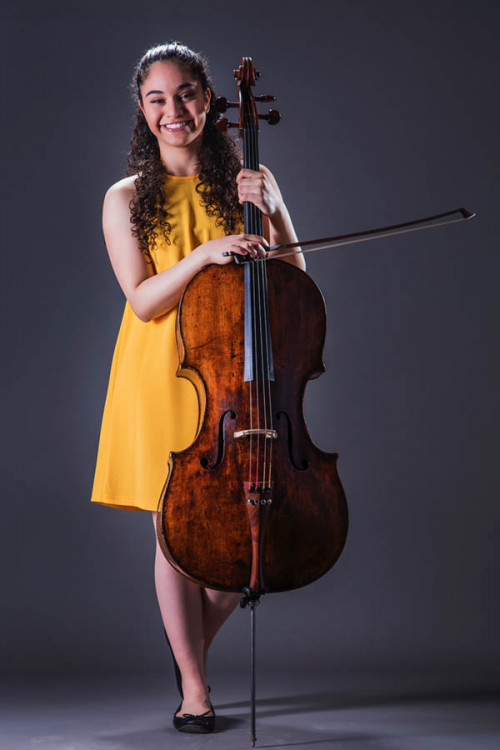 An active soloist from an early age, Danielle performed with the Moscow Virtuosi & Vladimir Spivakov, the Israel Philharmonic IPO, the Cape Town Philharmonic,  the Georgian Chamber Orchestra Ingolstadt , the Trans-Siberian Arts Festival  by Vadim Repin with the Novosibirsk Philharmonic, a USA tour with the Jerusalem Symphony, the Israel Symphony Rishon LeZion,  Israel Netanya Kibbutz (NKO), the Israel Sinfonietta Beer-Sheba,   the Ashdod Symphony,  recitals at the AIPAC Conference 2016 in Washington D.C and participated at the Verbier Festival Academy 2016.

Born in Israel on 29 August 2002  into a family of musicians, Danielle began to play the cello at age 4 at her own request, after listening to a recording of Jacqueline du Pré

Danielle, a grant-holder of the Vladimir Spivakov International Charity Foundation, Recipient of the "Oleg Yankovsky's prize - Artistic Discovery of 2015-2016" - the Young Artist Award for young promising artist - Awarded by Maestro Vladimir Spivakov, Winner of the competitions FLAME Int. Paris 2014, Muse Int. Athens 2014 & 2015 and the Israeli National Cello Competition 2013,  Recipient of the AICF Scholarships with distinction, she performed at Lincoln Center in the AICF 75th Gala event hosted by Itzhak Perlman.
She was also awarded the Zfunot Tarbut scholarship for Outstanding Young Musician, she is an Ambassador of the iClassical-Academy.
Danielle was named Top 10 classical music performer in 2016 by The Daily Gazette and Critic's Choice 2016 in Classical music by the 'Times Union'.